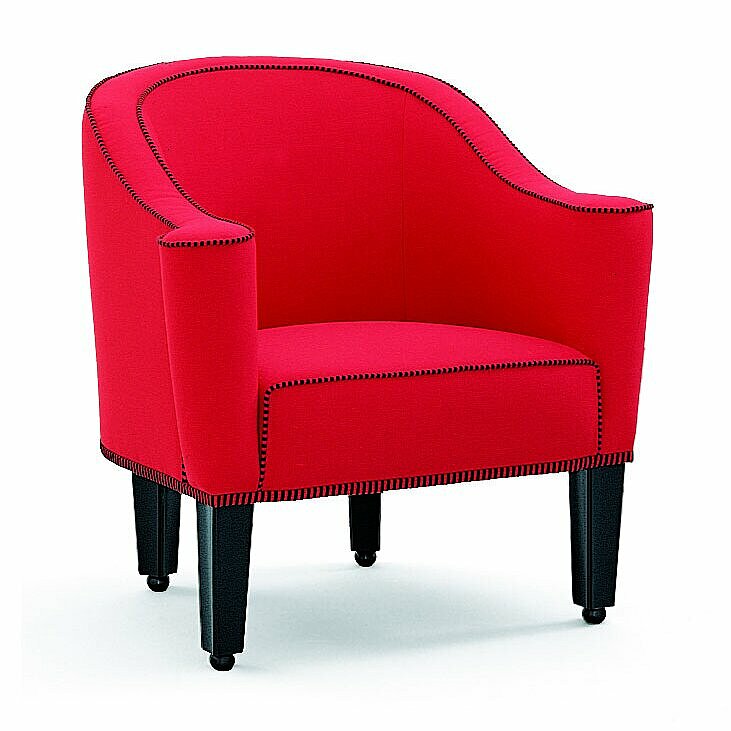 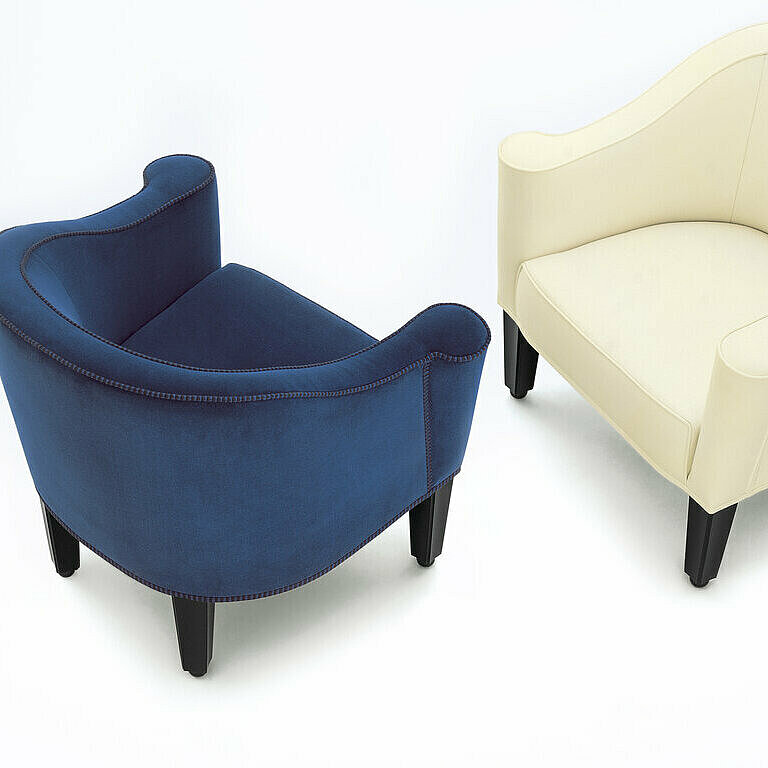 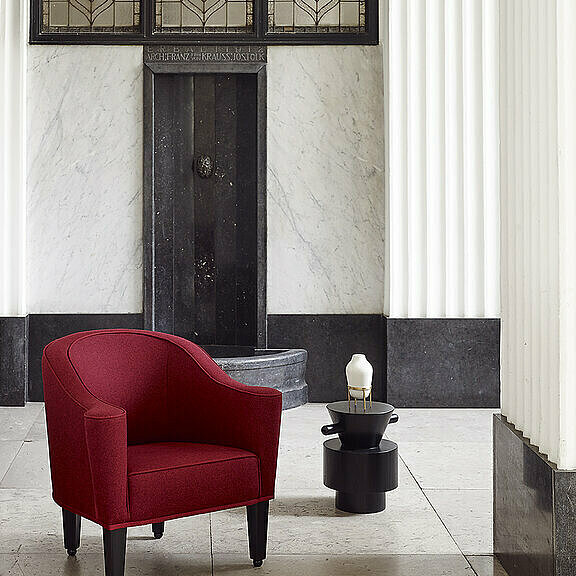 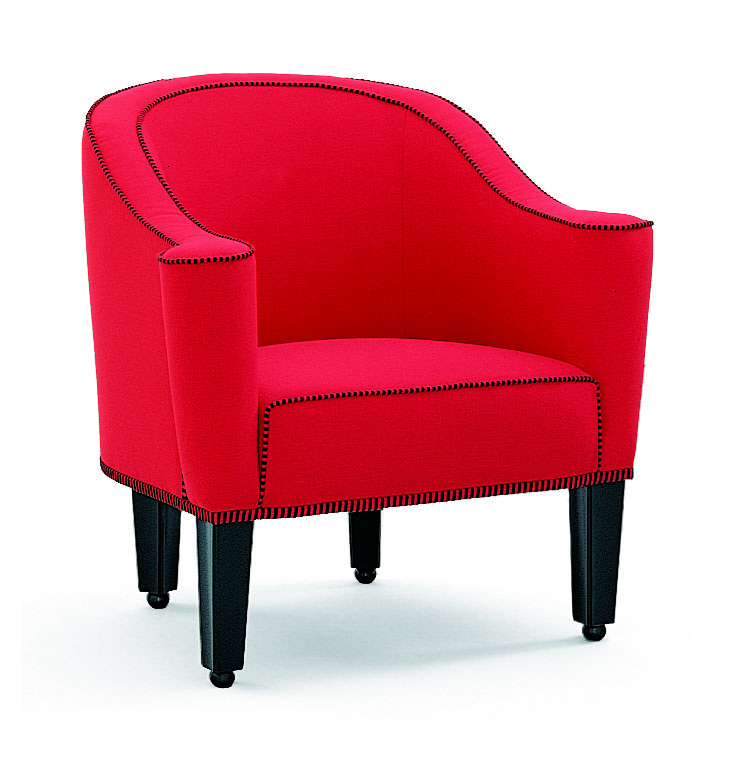 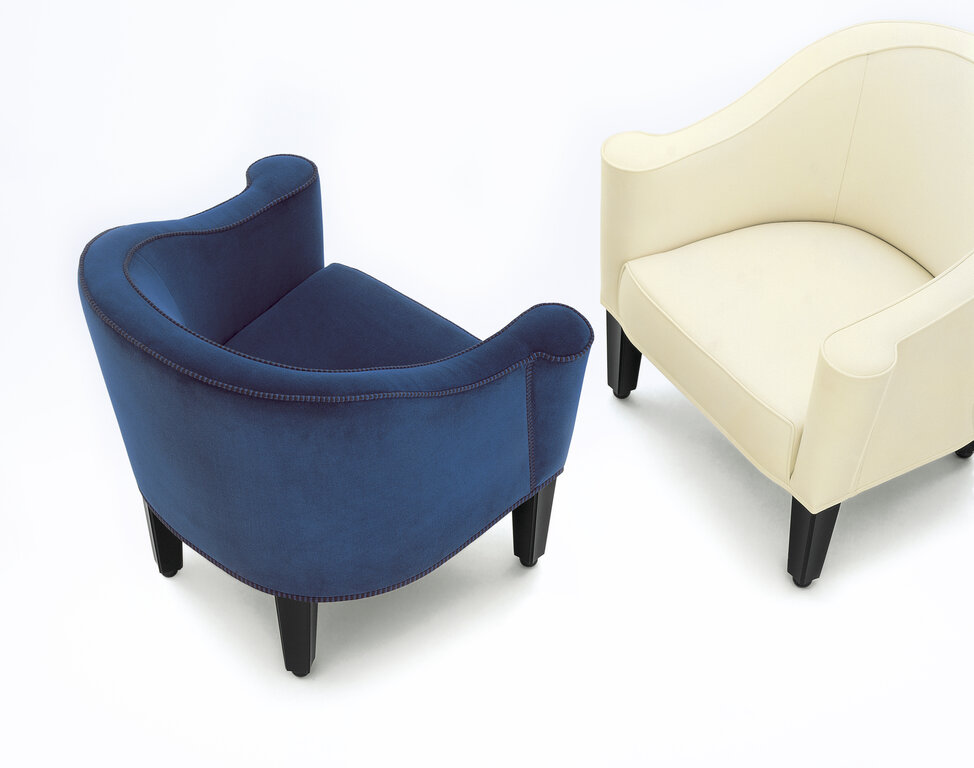 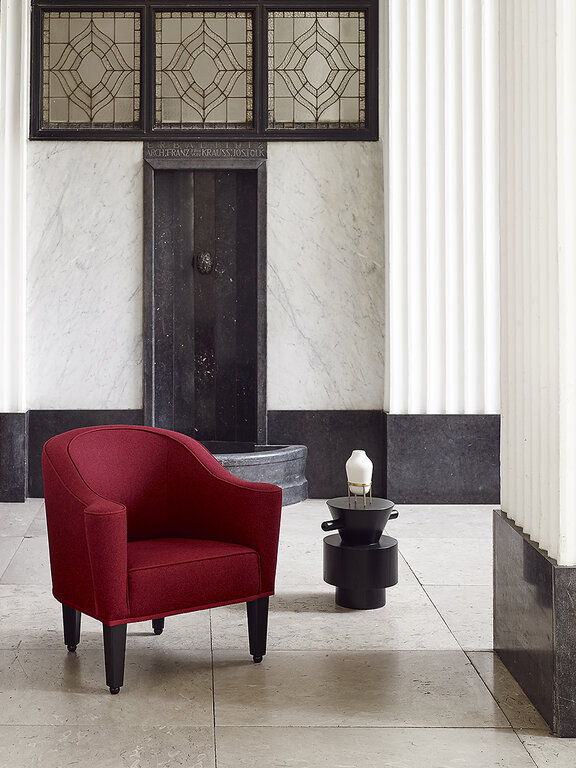 This suite was created in 1913 for the Gallia family’s apartment in Wohllebengasse, Vienna.

The architect and designer Josef Hoffmann (1870 - 1956) influenced an entire era with his particularly independent designs. He studied at the Academy of Fine Arts in Vienna under Carl von Hasenauer and Otto Wagner. Early on he developed a strict style characterized by straight lines. In 1897 he became a member of the Vienna Secession, and two years later - at the age of only 29 - he was appointed professor at the Vienna School of Applied Arts. In 1903, together with Kolo Moser, he founded the Wiener Werkstätten, whose goal was to create a Gesamtkunstwerk. Their first major commission was the construction of the Purkersdorf Sanatorium in 1904, and the idea of the Gesamtkunstwerk was realized in 1905 with the Palais Stoclet in Brussels. Within the framework of this idea Josef Hoffmann worked in all areas of the arts and crafts and produced metalwork, jewelry, leather, glass, textiles, ceramics, floor coverings and - furniture. Josef Hoffmann's numerous furniture designs are considered classics. With their clear design and timeless simplicity, they have lost none of their validity to this day. In 1913 Josef Hoffmann designed a villa for the Gallia family and created an upholstered furniture group to go with it. Fauteuil, two-seater bench.

With our innovative product configurator, you can now already customize your dream furniture online. The different variants of the models as well as the entire Wittmann fabric and leather collection are available to you at your fingertips.

In order to provide our customers with an optimal experience of the beam configurator, it is only available via iPad, laptop or desktop devices.